Graduates introduction into the wool industry 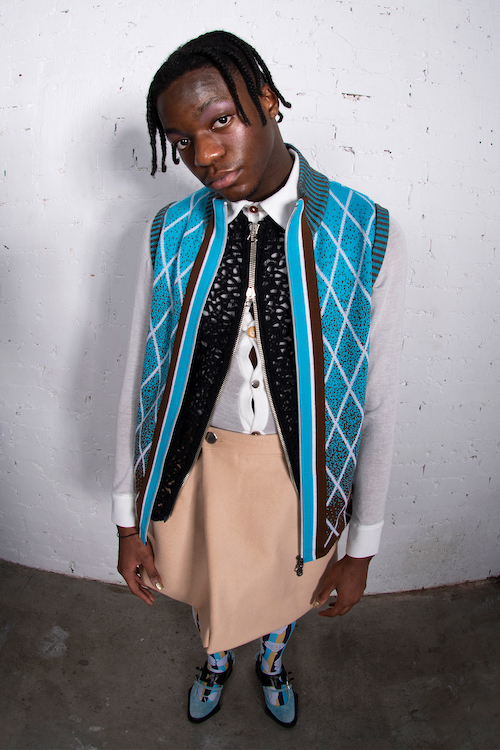 As part of the sponsorship, Südwolle Group supplied free Merino yarns to nine of the students to develop their knitting techniques under the guidance of teacher Hilde Frunt.

The ‘Südwolle Group and The Woolmark Company Award 2019’ was presented to the two students who showed the most creative use of Merino wool yarns in their collections: Linus Leonardsson from Sweden and Sam Slegers from Belgium.

As part of their prize, the two winning students visited the Südwolle Group headquarters at Nuremburg in Germany to learn about spinning technologies, Merino wool insights and possible applications.

Linus and Sam then visited German knitting manufacturer Peterseim Strickwaren, where they were introduced to German-born, New York-based designer Karim Guest, who has worked alongside many of the fashion greats in his time. The two young designers were both invited to create three new designs with Karim Guest, using Südwolle Group’s 100% Merino wool yarns, for a special project: Young Talent Collaboration with THE GUESTLIST.

THE GUESTLIST provides a platform for selected designers to make steps into the world of high-end fashion. Following a showing at London Fashion Week 2020, garments of Linus’s collection ‘Rave New World’ are available via THE GUESTLIST’S ONLINE shop.

“The collection for THE GUESTLIST is made from the softest Merino wool. Small details, such as frays or plated ribs, add texture to each piece,” commented Linus. “The kind of person who would wear this line is somebody who wants to have fun with fashion and doesn’t take themselves or their style way too seriously but tries to play around with it. When people wear my clothes, I want them to feel joyful and ‘seen’, I don’t make clothes for invisible people and I really want them to feel like everybody around them notices.”

Sam is currently finalising her developments at Peterseim Strickwaren and are to be featured soon at the THE-GUESTLIST.com. 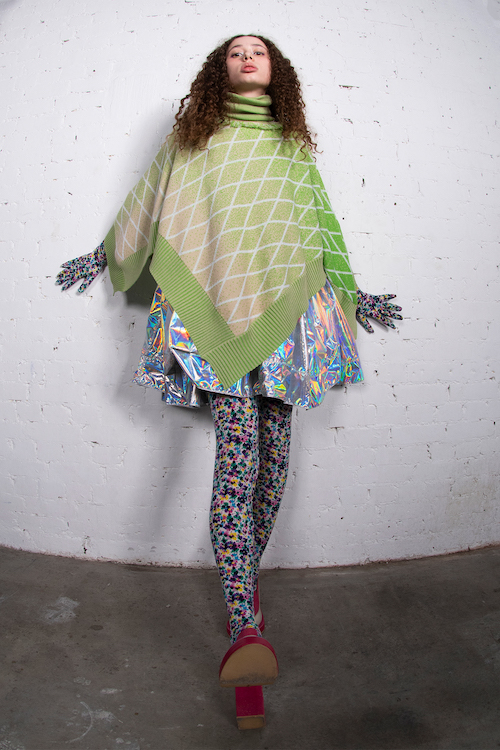