For OUR MASTERS, the magazine of the Fashion Department for SHOW2018 we are proud proud to have collaborated with Nicolas Karakatsanis. 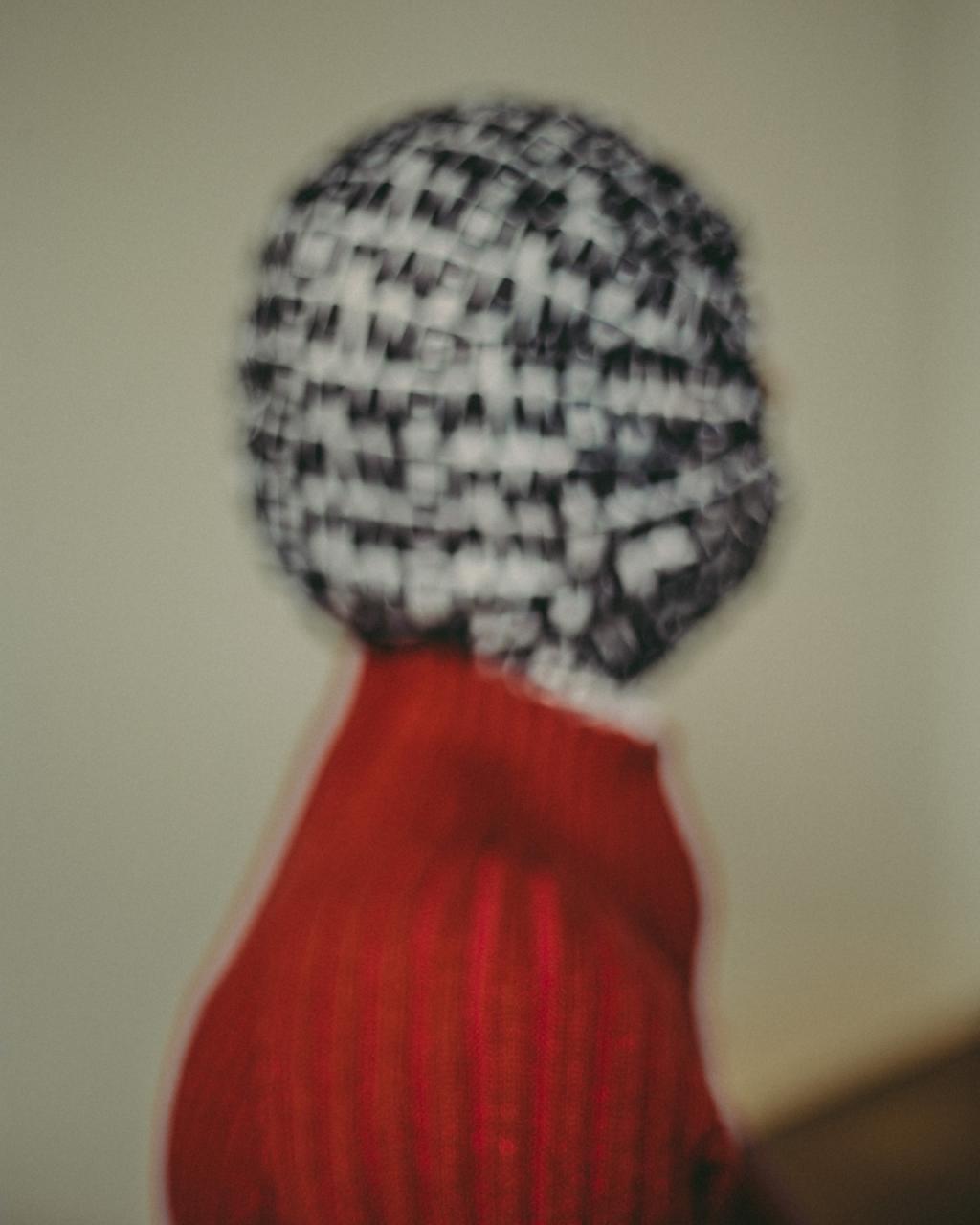 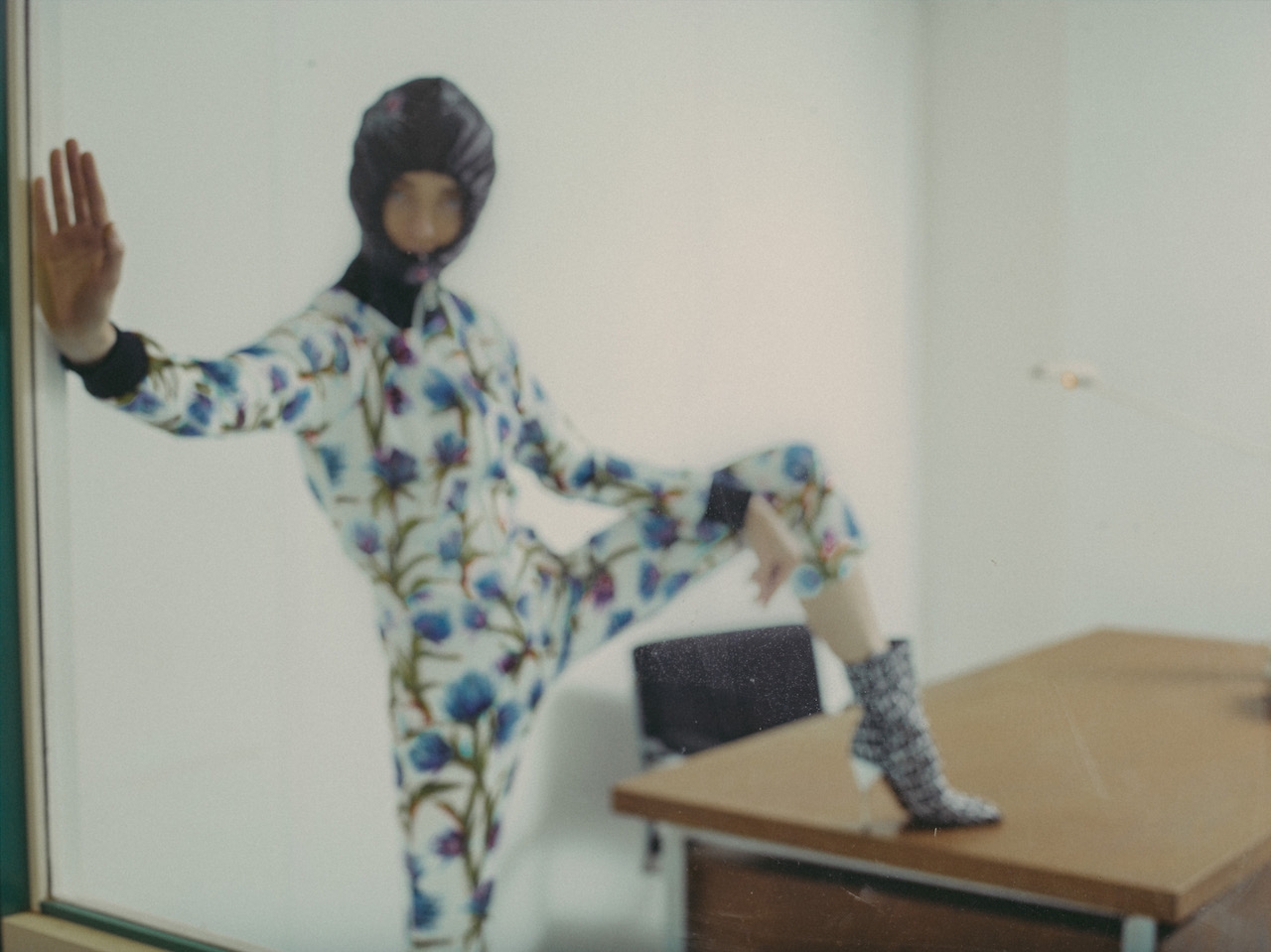 Extraordinary Belgian photographer Karakatsanis is arguably the best cinematographer of his generation (the Oscar-nominated ‘I, Tonya’ and ‘Rundskop/Bullhead’; ‘The Drop’ with James Gandolfini; ‘Triple 9’ with Kate Winslet and Woody Harrelson… the list goes on). He’s also fiercely protective of his work and approaches it like a master painter would. The series of unique images he produces for his solo photography exhibitions are only viewable for the public intra – gallery – muros before moving on to grace the walls of private collectors and art buyers around the world. Nicolas doesn’t do ‹print series› and admits to opposing the disposability of images and our seemingly insatiable thirst for them via an endless stream of social media. This aversion seems to stem from a devotional respect for whichever medium he’s favouring at the moment. His ardour speaks through every image he makes, each one filtered through a lyrical gaze but simultaneously the result of an analytical mind with a firm grasp on his subjects. Not the only reason why every Karakatsanis feels otherworldly.

Taking time with one of his works feels like an invitation to indulge senses you’ve just been able to unlock. Nicolas Karakatsanis is a generous giant, as you can see from the way this publication is power-packed with his imagery. His all-in character speaks in many more ways: he will not sidestep previously agreed upon engagements for seemingly ca- reer-changing opportunities that happen to pop up (just in the last twenty four months he had to pass on ‘Black Mirror’, a JAY-Z short film and ‘Call Me By Your Name’). For SHOW2018 Magazine, the artist has brought some- thing new to fashion photography: an eye that scans for a full picture as opposed to a tunnel view on what has been long-established as editorial. As frequent collabora- tor, Royal Academy of Fine Arts Antwerp alum and fash- ion world legend Willy Vanderperre, has previously put it: “It’s all about susceptibility and sensitivity, Nicolas always understands where to go.” 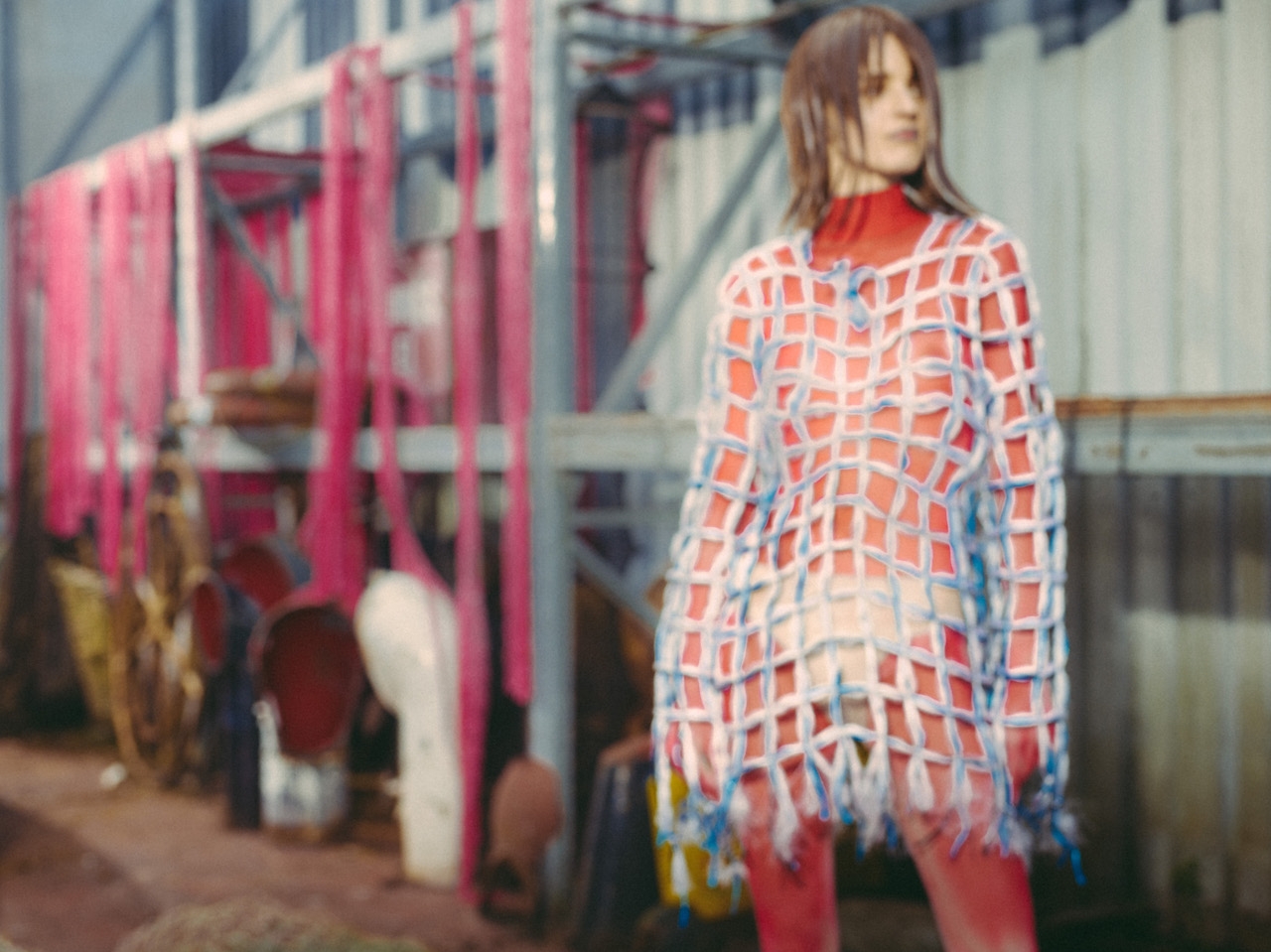 They gave you damn near the entire magazine to fill out.

(laughs) I know! It’s very flattering of course. But I still want it to be done well, so it’s not just content being shoved in. At first I was only shooting the Masters’ collec- tions, which I thought meant I was photographing one look per student, but it turned out to be three in most cases, and then detailed shots and mood shots. Then Manon Kündig, the producer of the magazine and stylist of the shoot, asked me if I could do the students’ por- traits as well. Honestly, I thought it was a bit much and I wanted to pass on the portraits, but Leo, my boyfriend, convinced me to accept. I’m glad I did, although I did reach a point where I wasn’t sure if I was still having fun or not. Looking back it was worth it and I’m grateful that Walter Van Beirendonck, Manon and the school trusted me to take this on.

This is the third Antwerp Fashion Department magazine I worked on as a writer and every start-up meeting I brought up your name when the staff was asking around for “one more great photographer”. The first time, I don’t think anyone was listening, because most of them had no clue who I was. The second year I mentioned you again and got to show Walter and Dirk Van Saene some of your work, which they immediate- ly liked, but then it didn’t happen because you were on a movie set somewhere. Cue 2018 and here we are. I think it’s the first time in a while only one photographer is being featured in the magazine, so I really feel it was meant to happen this way.

I was slightly apprehensive at first. The images should serve the students and support their universe. Accentuate their world. Another concern for me was that it would start to feel like factory work, just churning out pictures. In the end we took three thousand images over the course of three days. I was set on shooting on location because I figured it would become boring to just work in a studio. So we shot at a Byzantine church in Brussels both inside and in its great garden, at a prop house in Mortsel and we also headed for its woods next door.

How did you adhere to a common thread while shooting the collections?

That was one of the main questions I asked myself: am I doing my blurred-out style or am I doing as I see fit in the moment and have some images come out blurred and other ones come out sharp as we go along? In the end I decided to do whatever I wanted and have the lighting bind everything together. 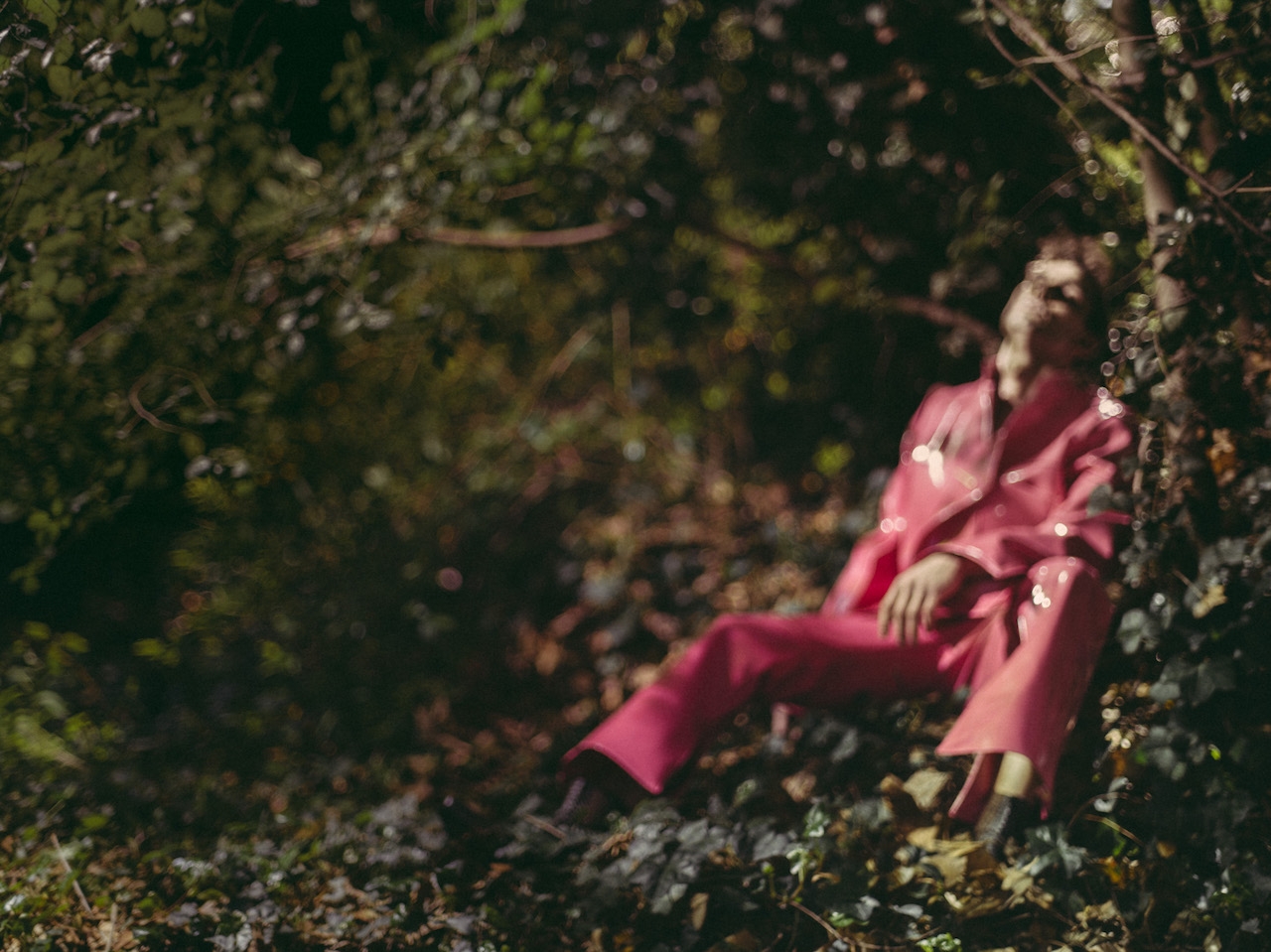 When Walter Van Beirendonck and Dirk Van Saene saw the final product, they loved it, but they wondered if you do a lot in post-production.

No, I don’t. I fidget a bit with lighting and colours but there is no retouching. It’s a good thing I work like that, because for this amount of images it would have otherwise taken ages to finish. 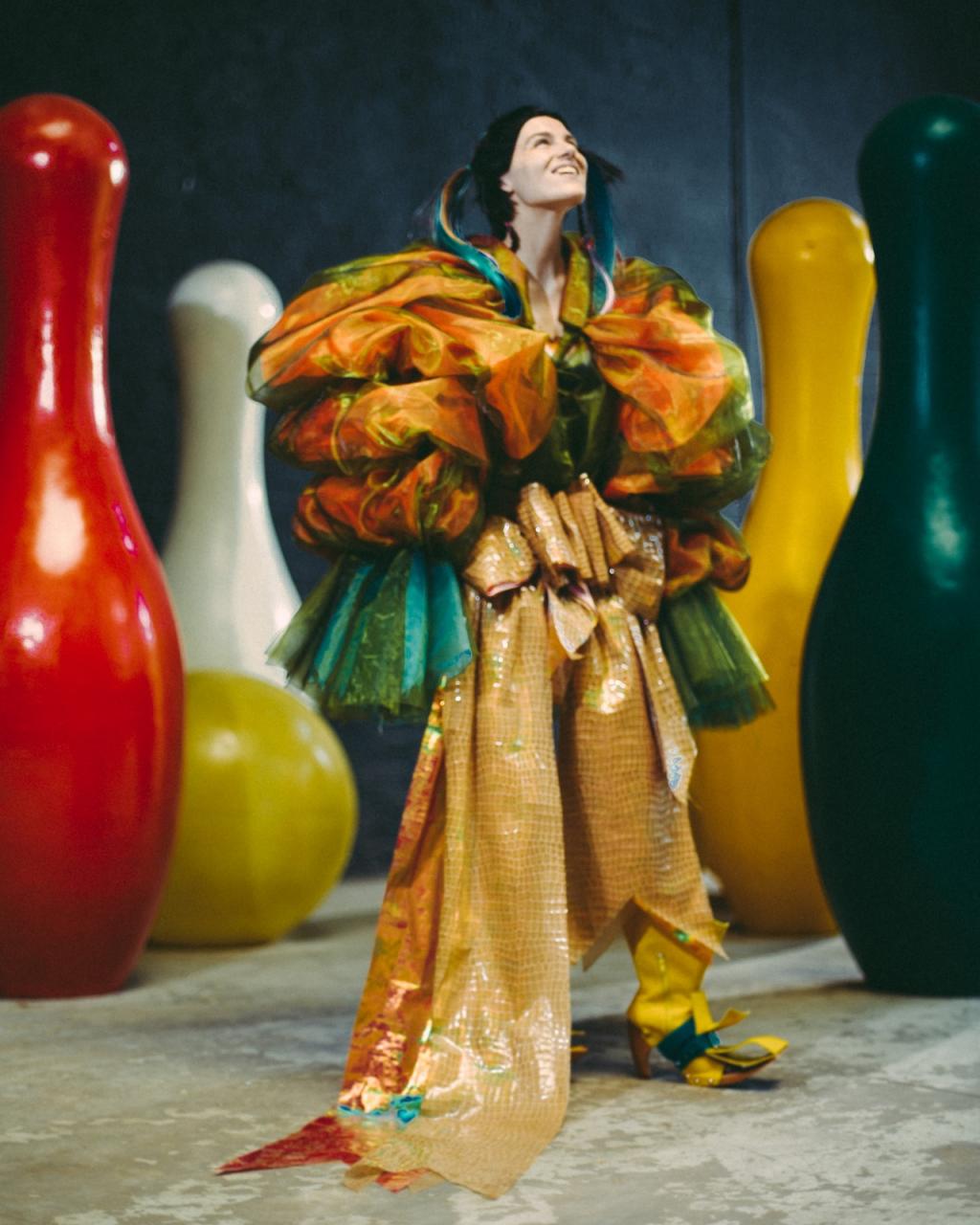 ♥ Dominique Nzeyimana for the interview.
Discover the full shoot and interview in OUR MASTERS for sale at SHOW2018 and Copyright Bookshop.