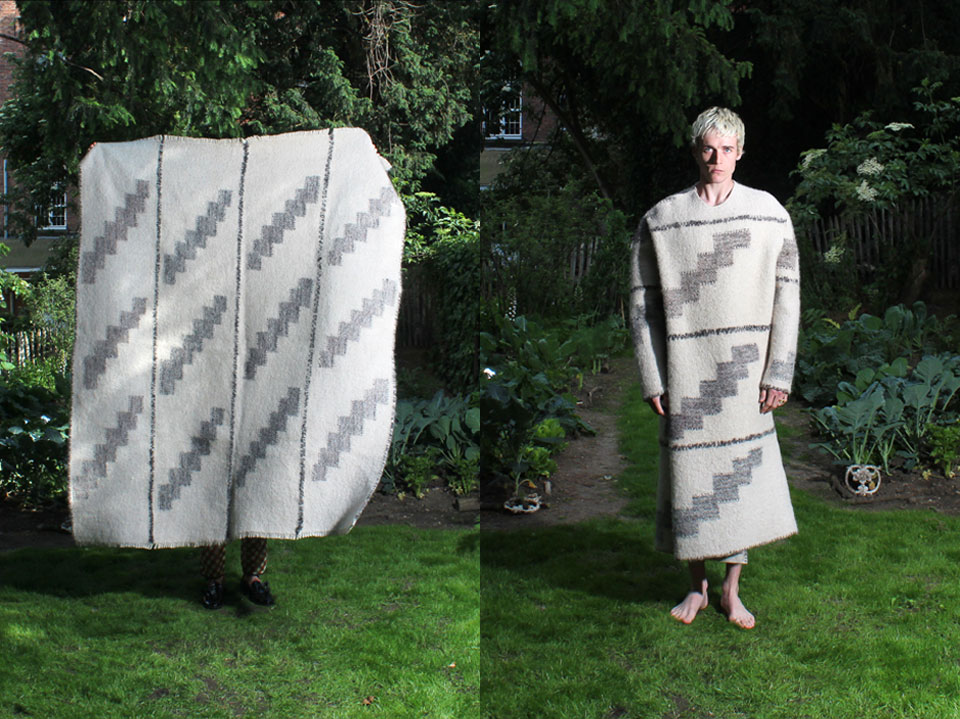 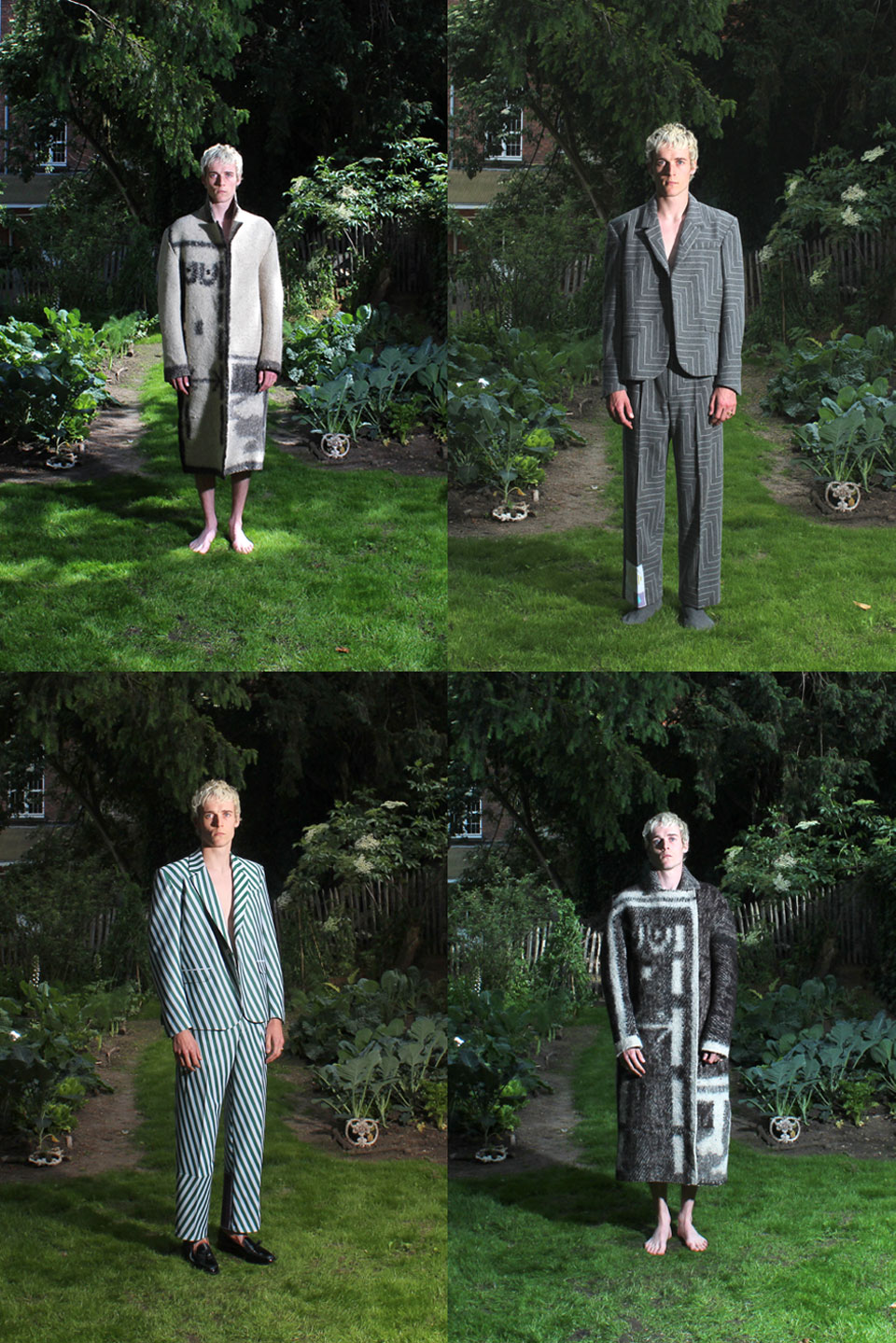 But we all knew they were very good at making things with their own hands. They were divided in four groups: the Zebras, the Stairs, the Bees and the Light Purple Jacket. Some were plumbers or priests, but they all depicted their own beliefs and symbols through their garments.

In general terms, the collection relates to symbolism, and to the diversity of visual language. It aims to connect half-real/ half-fictional cultures, using specific technical traits, traditions or beliefs, as their own symbols and aesthetics.

With almost a documentary yet poetical approach, and as a metaphor of our own systems of cultures and beliefs, the collection aims to give these four groups a place to interact and to influence each other.

As the collection is built in a collaborative way, I asked a few people to give their own perceptions of this fictional space. Weavers from Nepal, England, India, and Italy, but also three Belgian artists as Kasper Bosmans, Max Pinckers and Gauthier Oushoorn, participated to broaden out the visual languages and identities of the collection.

In the end, each of the weavers as much as the artists, influenced my way of working, as well as the textiles and the ideas behind the collection. It became a fantastic orchestra, where I tried to combine excellent musicians, exploring sounds of diversity and universality. 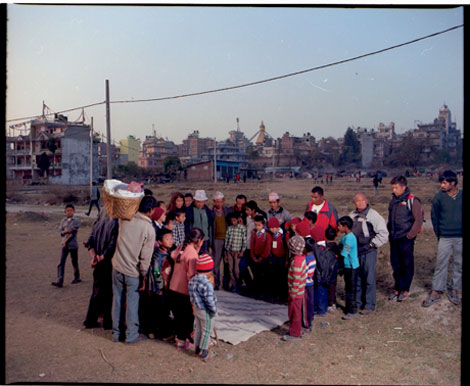 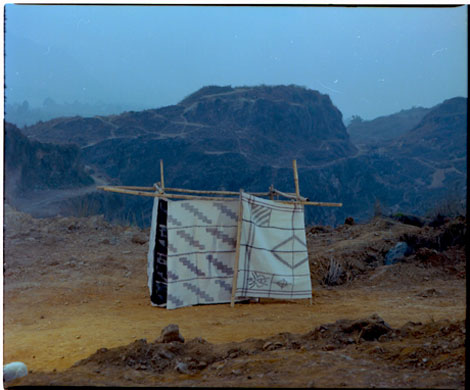